The Supreme Court determination on the Colombo Port City Economic Commission Bill states some clauses are inconsistent with the constitution, the Speaker of Parliament announced today.

Mahinda Yapa Abeywardena informed Parliament that the court had also advised that it can be made valid if amended or passed through a referendum.

He said thereby, a special majority or referendum will be required to pass the Bill.

Earlier, the debate on the Bill was delayed, as the Speaker had announced he was yet to receive the Supreme Court’s determination in this regard.

The debate and vote on the Colombo Port City Economic Commission Bill which was scheduled for earlier this month was delayed as a result. (NewsWire) 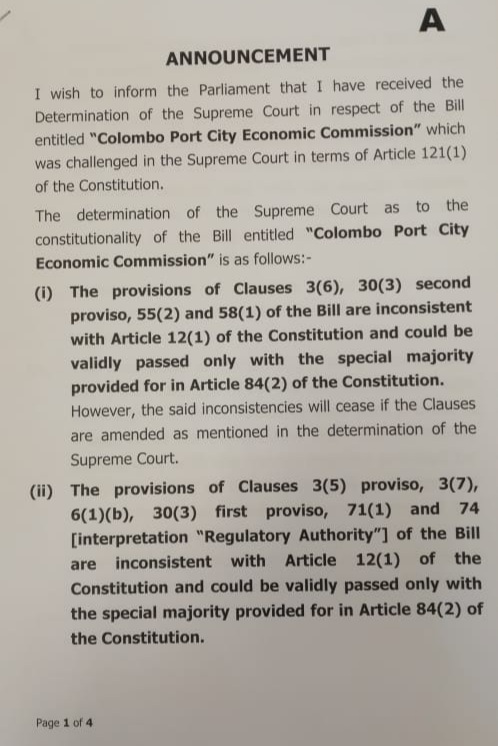 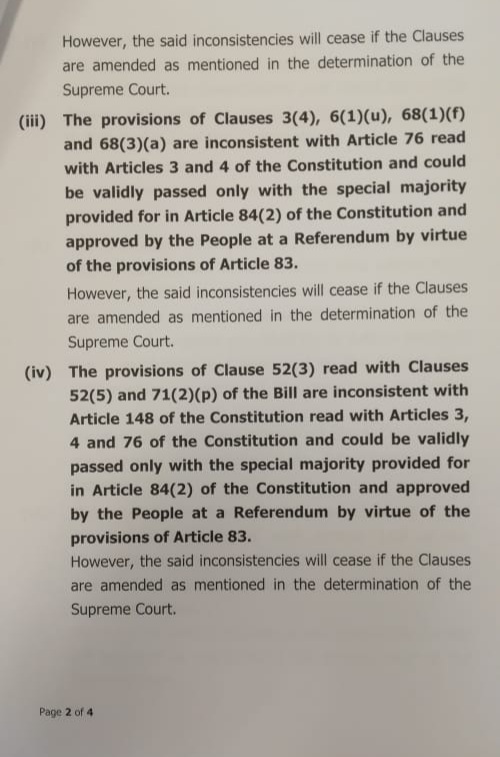 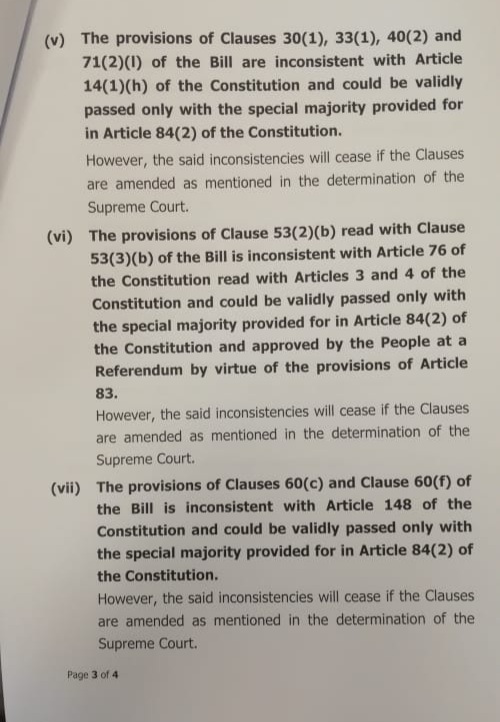 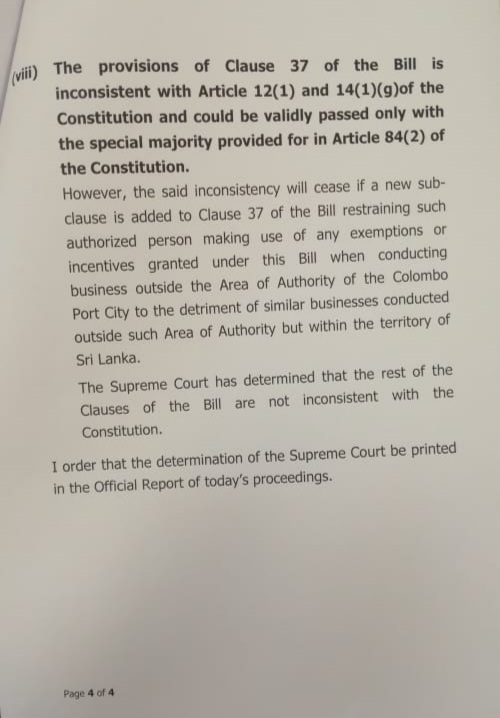 Twenty five tourism villages to be established this year