Krunal Pandya has tested positive for Covid-19, forcing the second T20I between Sri Lanka and India, scheduled for Tuesday evening, to be pushed back by a day.

Pandya’s positive test result came not too long before the scheduled start of play – 8pm local time – and eight other members of the Indian contingent have so far been identified as Pandya’s close contacts and asked to isolate in their hotel rooms.

BCCI secretary Jay Shah said in a media release that the entire Indian squad would also undergo the RT-PCR test to “ascertain any further outbreak” in their camp. The BCCI did not identify the eight people who had been asked to isolate along with Pandya, but Shah told PTI that a majority of those were players. “The reports (of today’s tests) will come in the evening (around 6pm) and if everyone is in the clear, we can have the match on Wednesday. Maximum among the eight close contacts who are also in mandatory isolation are players.”

It could not be confirmed how long Pandya and the eight others are going to be in isolation, but one person privy to the discussions in the camp said that the period would be determined based on the strain of Covid-19 in question.

There are no reports of positive results among the Sri Lankans, who are scheduled to be tested next on Wednesday morning.

Professor Arjuna de Silva, who overseas SLC’s bubble protocols for international tours, told ESPNcricinfo that it remained a mystery as to how Pandya could have contracted Covid-19, as there have been no reports of the bubble being broken, nor any other significant irregularities. The series has been played behind closed doors and both teams have been operating out of a bio-secure bubble with their movements restricted to only the team hotel and the ground. 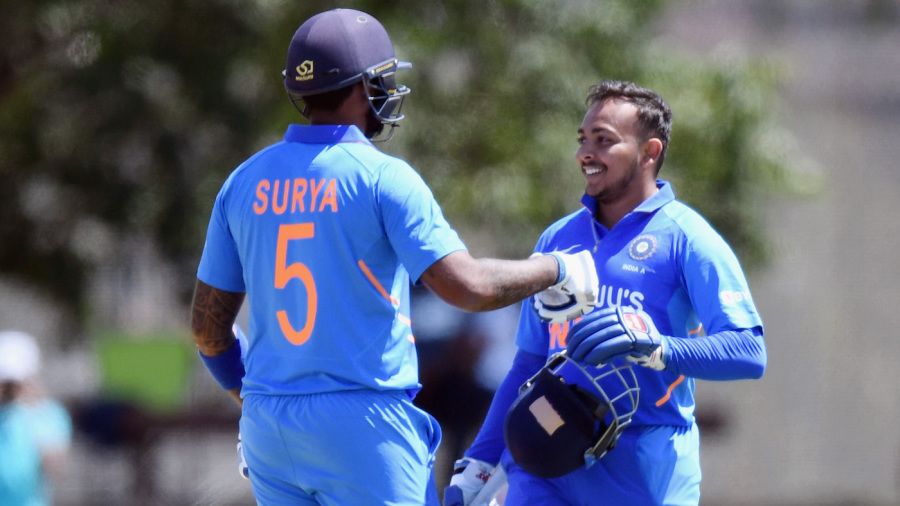 The India team has a hotel – the Taj Samudra – to themselves, and even the staff working in the hotel are essentially in the bubble, and undergo frequent testing. de Silva said that no one else, including staff, had tested positive so far.

This is the second time Covid-19 has forced Sri Lanka Cricket to tweak the itinerary of the six-match series. The ODI series was originally meant to commence on July 13, but had to be pushed to July 18 after a few positive cases emerged in the Sri Lankan group.

This is also the second time in the last week that an international match has been postponed because of a positive Covid-19 test: the second West Indies vs Australia ODI in Barbados had to be postponed after the toss had been conducted because a non-playing member in the West Indies camp had tested positive.

As things stand, the second and third Sri Lanka T20Is will now be played back-to-back on Wednesday and Thursday. Though Pandya and some other players are likely to be unavailable for the last two games following the latest developments, India have enough back-up to field an XI, as they have travelled with an expanded squad of 20, plus five reserve bowlers.

Though the series will end on schedule despite the postponement, the Indian team’s return home, slotted for Thursday, is likely to be delayed. The development is also set to impact plans for Prithvi Shaw and Suryakumar Yadav, the two batters who were selected to join the Indian Test squad in England. Shaw and Yadav were scheduled to travel to England at the end of the tour of Sri Lanka.

India, who earlier won the three-match ODI series 2-1 – despite being in Sri Lanka with a squad missing many first-choice players, who are in England to play a five-Test series in August-September – are 1-0 up in the T20I series following their 38-run win in the first fixture. ES